According to article 38 of the Treaty on European Union, the PSC “shall monitor the international situation in the areas covered by the common foreign security policy and contribute to the definition of policies”. In this context, the committee cooperates strongly with the Council of the EU as well as with the High Representative of the Union for Foreign Affairs and Security Policy (currently Mr. Josep Borrell from Spain). The PSC is responsible for monitoring the implementation of EU policies. By doing so, the PSC as well as the Council of EU itself are supported by more specialized council working groups, which have more expertise on specific topics.

While assessing the Union’s institutions, that are responsible for foreign and security policy is an important part of the PSC’s area of responsibility, the committee is also required to take responsibility for specific actions of the European Union. On the one hand, the committee is authorized to take the relevant decisions concerning political control and strategic direction in the case of crisis management operations. On the other hand, the PSC is also responsible for the political and strategic command of the EU Battlegroups.

The committee is one of the most important institutions regarding the European Union’s defense and foreign policy. It is composed of the member state’s ambassadors and based in Brussels, where the PSC meets twice a week. By way of example, the representative to the Political and Security Committee at the Permanent Representation of the Federal Republic of Germany to the European Union is Thomas Ossowski since August 2020.

The Political and Security Committee of the European Union is a key factor for the effectiveness of the Union’s foreign and security policy. Due to its frequent meetings, the committee can react quickly on current events, for instance in the recent incident regarding the aircraft in the airspace of Belarus. In such sudden events, the PSC with its supporting council working groups can provide crucial analysis and advice for the decision-making bodies of the European Union. As a result, the European Union can react quickly, well informed and based on a unionwide consensus. Recently, the Council adopted conclusion on a multitude of topics, including also foreign and defense policy aspects. In these cases, the PSC made a significant contribution to the results of the Council’s meeting by its strategic recommendations and policy options offered. Furthermore, due to its responsibility for the EU Battlegroups, the Political and Security Committee oversees the EU’s quick reaction force which gives the PSC the possibility to act immediately in crisis management operations if they may appear.

Basic Facts The European Union Foreign Affairs Council (EU FAC) is a formation of the European Council which was created by the treaty of Lisbon in 2009. There are four different formats of this council Read more… 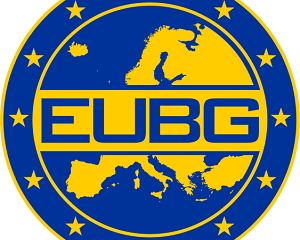 Basic facts The European Union Institute for Security Studies (EUISS) is a European agency based in Paris that provides to European institutions and member states, scientific analysis and studies about the foreign, security and defence Read more…